Chris was born in Collierville, TN, living all over the midwest before joining the First Baptist staff in 1999. Chris met his wife Michelle in Kansas City, MO, and the two later moved to Shawnee, OK to attend Oklahoma Baptist University where he majored in Church Music. He attended Mid-America Baptist Theological Seminary before moving to Trussville.

Marrying in 1985, Chris and Michelle have three adult children, two daughters and a son.

With as many miles as Chris has logged both personally and and in ministry, it’s only natural that he enjoys traveling and walking trails whenever he gets the chance. He also enjoys watching football on Saturdays in the fall. 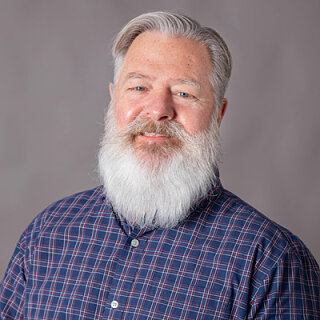