If you’ve been to Sunday services, especially in the traditional service at 9:15am, chances are you’ve heard the talents of Kevin Grigsby. Kevin joined our staff as pianist in January of 2015.

A product of Tarrant City, Kevin graduated from Birmingham-Southern College in 1996 with a Bachelor of Music. He later finished his education at the University of Oklahoma in 1998 with a Master of Music, and at Troy University with a Master of Science in Management in 2008.

Kevin and Angela married in 1997, and are the proud parents of two children, both of whom play piano. When he isn’t working at Alabama Power Company or tickling the ivories, Kevin enjoys hitting the links for a round of golf. 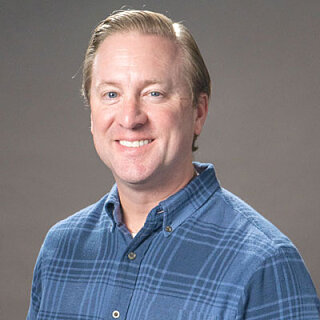