Lance has served as Executive Pastor at First Baptist since May of 2007, leading the FBCT staff. He has a served in various posts in the community as well, including the Trussville Chamber of Commerce, and Independence Place, a non-profit organization serving adults with special needs.

A former educator and Children’s Minister, Lance is a Seminole at heart, graduating from Florida State in 1996, and later finishing seminary at New Orleans Baptist Theological Seminary in 2002. He is a father of three, and husband to his wife, Jill since 1999.

He's a sucker for Italian food and a Jack's milkshake. He loves the beach, gardening, watching his kids play sports and would love to compete in the gameshow America Says. 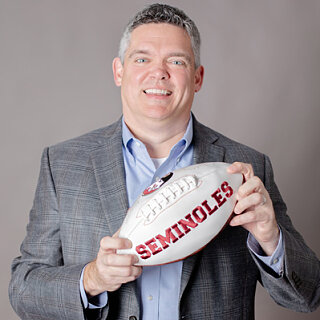